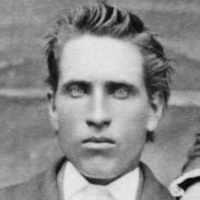 Son of Thomas and Ann Kirkham Briggs. Husband of Mary Elizabeth Evans Briggs and Ann Evans Briggs. Ephraim Briggs, 82, who assisted his father in the introduction of the tomato which is now so exten …