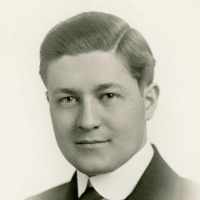 HISTORY: Heber's family moved to Raymond, Alberta when he was 10 years old and he went to the public schools there and to the Knight Academy. He attended colleges in Utah and Illinois. He married Val …

Put your face in a costume from Heber Franklin's homelands.