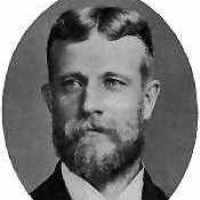 The Life Summary of Joseph Harris

Put your face in a costume from Joseph Harris's homelands.

Joseph Harris Merrill's Samoan Translation of the Book of Mormon

from a research paper by Ann M. Jones There have been two translations of the Book of Mormon into Samoan. According to the records of the Office of the Church Historian, the second translation was …