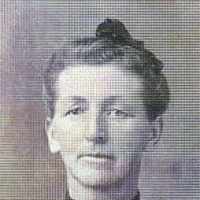 English (Yorkshire and Lancashire): habitational name primarily from Hepworth (Yorkshire) or, less likely, from the place so named in Suffolk. The Yorkshire placename derives from an Old English personal name Heppa + Old English worth ‘enclosure’, while the Suffolk placename comes from Old English hēope ‘rose hip’ or hēopa ‘dog rose, bramble’ + worth.

according to Mom's (Evelyn) personal record she was blessed by A. W Rything on 7 Jan. 1917. She was baptized 5 June 1926 in the Sandcreek canal by the Jameston Church by Alfred Harker. She was then co …