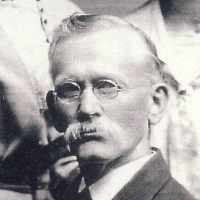 The Life Summary of Austin Cravath

Put your face in a costume from Austin Cravath's homelands.

This was written by Austin Cravath Brown.

I was born 30th April 1850 near Council Bluffs, Iowa. When I was six weeks old, my parents started on the long journey across the plains, with their own team, which consisted of one yoke of oxen, one …