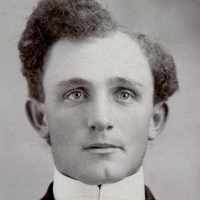 English (Gloucestershire): from an unidentified place, possibly Colmore Farm in Rotherfield Peppard (Oxfordshire), which is earlier found in the compound name Collemeresgrove, though this may really contain an early record of the surname. See also Collymore . The spread of Cullimore to the southwest beyond Wiltshire and to Ireland is probably through Bristol; it also appears in the West Indies in the era of slavery. It is unlikely to come from Colemere (Shropshire).

George A. Cullimore, conducting business at Oram, on the Provo bench, under the name of the Sharon Mercantile Company, was born at Pleasant Grove, April 15, 1880, his parents being James and Clara …