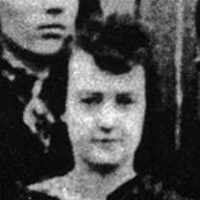 The Life Summary of Carrie Adelia

Put your face in a costume from Carrie Adelia's homelands.

Carrie's sister tells about her

Donna Toland Smart says: She was a fun sister. She would get up early on Christmas morning with me. She would make up games and treasure hunts to find presents. She had a boyfriend in Afton who i t …