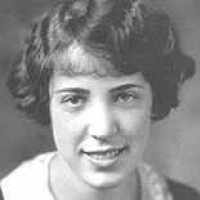 The Life Summary of Olita

Put your face in a costume from Olita's homelands.

Scottish (of Norman origin): habitational name from any of the various places in Normandy called Malleville, from Latin mala ‘bad’ + ville ‘settlement’.Irish (mainly Ulster): English surname adopted by bearers of Gaelic Ó Maoilmhichíl ‘descendant of Maoilmhichil’, a personal name meaning ‘devotee of (Saint) Michael’.History: The American novelist Herman Melville (1819–91) was a descendantof the Scottish Melvilles. His maternal grandfather was the revolutionary war general Peter Gansevoort (born 1749 in Albany, NY). His paternal grandfather was Maj. Thomas Melville of Boston. Irish bearers of the name claim descent from Maol Mhichíl, a chief of Síol Muireadhaigh (County Roscommon) in the 9th century.

In the 1970s Olita Melville Clayton visited this house with her daughter Beverly and two granddaughters: The structure was obviously the Nauvoo period; however, if it had been stuccoed to preserve the …