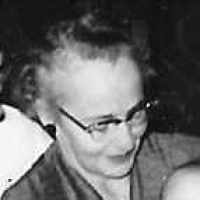 The Life Summary of Mary Edna

Put your face in a costume from Mary Edna's homelands.

AUTOBIOGRAPHY OF EDNA MARY BAY I was born at 1A.M on the 30th day of October, 1905 in the same house in Junction Utah in which my seven brothers and sisters before me were born. With a heritage …