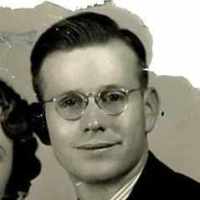 The Life Summary of Warren McLachlan

Put your face in a costume from Warren McLachlan's homelands.

The cemetery was purchased by the city from South Cottonwood Ward in August 1917 for the amount of $3,150.

FIRST DRAFT OF MY PERSONAL HISTORY BY WARREN MCLACHLAN LYON, 1976 I was born August 13, 1911, in Murray, Salt Lake County, Utah. My parents were Warren Harvey Lyon and Hannah Welch McLachla …