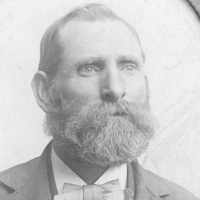 The Life Summary of George Andrew

Put your face in a costume from George Andrew's homelands.

Minor adjustments to boundaries of Oneida occurred in 1871, 1875, and 1877. Creation of Bingham County in 1885 left Oneida County with only 2,633 mi2, while creation of Franklin and Power Counties further reduced the county's area to 1,219 mi2 in 1913. Minor changes to boundaries occurred in 1917 and 1927 that gave Oneida County its present land area.

FAIRVIEW Commencing in the winter of 1869 P. D. Griffeth, Sr., and G. A. Griffeth, Sr., hauled the lumber to build the first house that was built in Fairview. Located on the Sim Inglet farm. The foll …