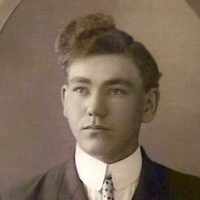 The Life Summary of Christian Waldemar

Put your face in a costume from Christian Waldemar's homelands.

PERSONAL HISTORY OF GEORGE RAY CLAWSON This time was in the very middle of the great, yet terrible Depression, or the early 1930’s when money was very hard to get, and there were very few things to bu …