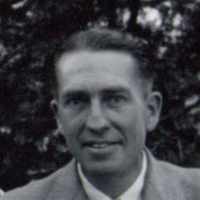 The Life Summary of Woodruff Hyrum

Put your face in a costume from Woodruff Hyrum's homelands.

HYRUM WOODRUFF ANDERSON Hyrum Woodruff Anderson, son of John H. and Annie Charlotte Eliason Anderson was born December 15, 1898 at Logan, Utah. He was the sixth child in the family. It may …