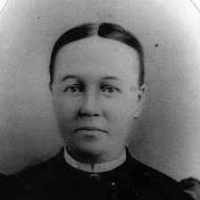 The Life Summary of Annie Christina

Put your face in a costume from Annie Christina's homelands.

ANNIE CHRISTINE BINDRUP ALLEN By her daughter Mary Allen Hacking Annie Christine Bindrup was born on July 22, 1858 in Whagstrup Aalborg, Denmark. She was the second child of Christen Christensen Bi …