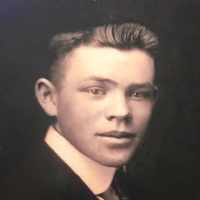 The Life Summary of Ray Bawden

Put your face in a costume from Ray Bawden's homelands.

Ann Andrus was a woman of faith. Her husband, Heber went on a mission to the Eastern States on December 26, 1900. When he left for his mission, he and Annie had a son, Todd, who was two years old, a …