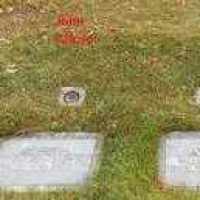 When John William Alford was born on 10 September 1846, in Staveley, Derbyshire, England, United Kingdom, his father, William Alford, was 29 and his mother, Ellen Fletcher, was 32. He had at least 6 sons and 3 daughters with Mary Jane Drake. He lived in Derbyshire, England, United Kingdom in 1851. He died on 10 November 1919, in Ogden, Weber, Utah, United States, at the age of 73, and was buried in Aultorest Memorial Park, Ogden, Weber, Utah, United States.

habitational name from any of various places called Alford, for example in Somerset, Cheshire and Lincolnshire. The first is named with the Old English female personal name Ealdgȳth + ford ‘ford’. See also Alvord .variant of Halford (or vice versa).English: