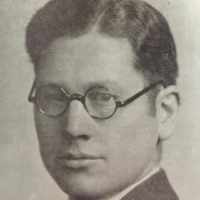 The Life Summary of Clark Lyman

Put your face in a costume from Clark Lyman's homelands.

by Evelyn Lyman Bayles Grant A. was born while his parents (Clark and Pearl) lived with Evelyn in the big house. His childish prattle was music to her ears. She nursed him through meas …