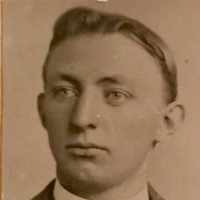 The Life Summary of Alma Cannon

Put your face in a costume from Alma Cannon's homelands.

English, French, Walloon, Dutch, German, Polish, Czech, and Slovak: from a personal name composed of the ancient Germanic elements land ‘land, territory’ + berht ‘bright, famous’. In England, the native Old English form Landbeorht was replaced by Lambert, the Continental form of the name that was taken to England by the Normans from France. The name gained wider currency in Britain in the Middle Ages with the immigration of weavers from Flanders, among whom Saint Lambert or Lamprecht, bishop of Maastricht in around 700, was a popular cult figure. In Italy the name was popularized in the Middle Ages as a result of the fame of Lambert I and II, Dukes of Spoleto and Holy Roman Emperors. Lambert is the second most frequent surname in Wallonia. In North America, the English form of the surname has absorbed cognates from other languages, for example Slovenian Lampret and Lampreht (see also Lampert ).History: Aubin Lambert dit Champagne from Tourouvre in Orne, France, married Élisabeth Aubert in Quebec City, QC, in 1670; see also Champagne . Eustache Lambert from Boulogne-sur-Mer in Pas-de-Calais, France, married Marie Laurence in France c. 1656, died in Quebec City, QC, in 1673. Pierre Lambert from Fourmetot in Eure, France, married Marie Normand in Quebec City, QC, in 1680. Augustin Hébert dit Lambert, a descendant of Augustin Hébert from Paris, France, married Françoise Petit in Varennes, QC, in 1761. — This surname is listed in the (US) National Huguenot Society's register of qualified Huguenot ancestors and also in the similar register of the Huguenot Society of America.

At an Alma and Mollie Lambert family reunion we had several years ago, they passed out cards containing information about each family member. On Alma’s card it mentioned how he loved to bake pies. T …