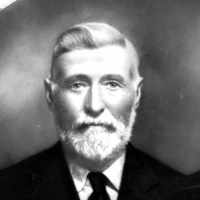 The Life Summary of Franklin Overton

Put your face in a costume from Franklin Overton's homelands.

HISTORY OF FRANKLIN OVERTON HOLT & EMMA MARIA TRUMAN Franklin Overton Holt was born crossing the plains in Ash Hollow, Nebraska; on the 31st July 1852 to James Holt and Parthenia Overton. He was 3 mo …