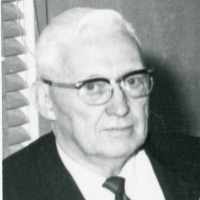 The Life Summary of George Alton

Put your face in a costume from George Alton's homelands.

Alton left on his mission for Canada on 26 August 1927