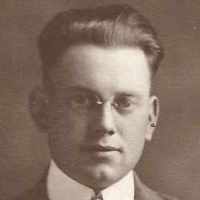 The Life Summary of Jeddie Archibald

Put your face in a costume from Jeddie Archibald's homelands.

Jeddie Archibald Bingham was largely responsible for the water system that was developed for the community of Amalga, Utah. The pump house was built on his property.