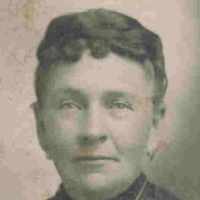 The Life Summary of Kjerstene Caroline

Put your face in a costume from Kjerstene Caroline's homelands.

Christina C. Christensen Jensen was born at Byerup, Mose, Aarhurs, Denmark, February 14, 1856. She was a daughter of Maria Swensen and R. P. Christensen. Their doors in Denmark were always opened to …