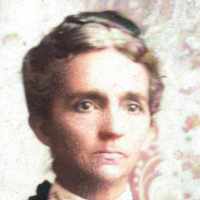 The Life Summary of Sarah Hannah

Put your face in a costume from Sarah Hannah's homelands.

Levi Harker, Canadian colonist and spiritual giant, had the perfect compliment in his wife, Martha Burns, to help him do so. Levi, born 16 April 1865, in Taylorsville, Utah to Joseph Harker and Susan …