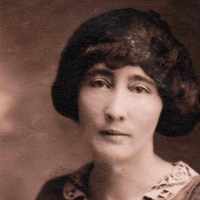 The Life Summary of Mary Ivine

Put your face in a costume from Mary Ivine's homelands.

In 1936, Milton was nine years old, Laurence was seven, Sharlene was five, Wilma Deane was almost three, and Elveda was just a baby. One day their mother received a call to leave home and help a neig …