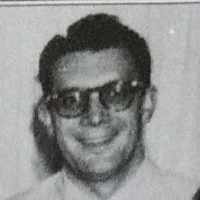 The Life Summary of John Norman

Put your face in a costume from John Norman's homelands.

English (of Norman origin): from the Middle English personal names Everard and Everet. These might occasionally be from the Old English form of the name, Eoforheard (from eofor ‘boar’ + heard ‘hardy, brave’), but many bearers of this name were undoubtedly Normans, who took it from the cognate ancient Germanic Eburhard, Everhard.