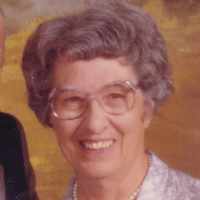 Put your face in a costume from Aldena's homelands.

The Chapman Branch Library is a Carnegie library that was built in 1918 and is now is listed on the National Register of Historic Places.
1942 · The Japanese American internment

1939 Thanksgiving with the Andrews Family

Thanksgiving was a time spent with grandparents, parents, aunts, uncles, and cousins. The William and Luella Andrews family were no exception. Luella would often host Thanksgiving dinner in her home a …