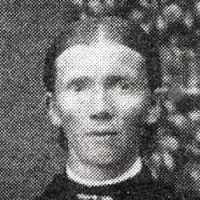 The Life Summary of Anne Christine

Put your face in a costume from Anne Christine's homelands.

Peder Villered Jensen, or John Jensen, as he was known throughout his life, was born on June 24, 1856, in Copenhagen City, Copenhagen County, Denmark, the son of Jens Jensen and Johanne Hansen. In 1 …