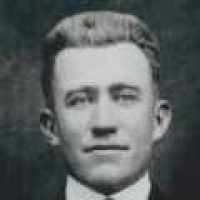 The Life Summary of Ross

Put your face in a costume from Ross's homelands.

In an interview given in 1974 Uncle Ross Bartlett told the story of his father, Charles Claymore Bartlett’s bee business. He said that his father was a bee keeper; he extracted approximately one m …