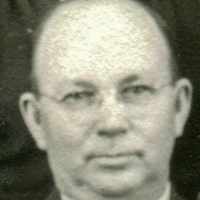 The Life Summary of Aaron Thomas

Put your face in a costume from Aaron Thomas's homelands.

In 1892, electric power and streetlights were installed in Brigham City.

English, Scottish, Dutch, and North German: patronymic from the personal name Peter . This surname (mainly of German origin) is also found in Sweden, Denmark, France (Alsace and Lorraine), and some other European countries. In North America it has absorbed various cognates and their derivatives from other languages, such as Albanian Pjetraj and Pjetrushi, patronymics from the personal name Pjetër ‘Peter’ and its pet form Pjetrush; see also below and also examples at Peterson .Irish: Anglicized form (translation) of Gaelic Mac Pheadair ‘son of Peter’.Americanized form of Dutch and North German Pieters .