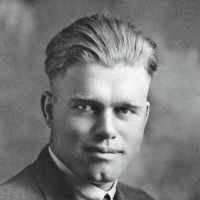 The Life Summary of Ezra Hansen

Put your face in a costume from Ezra Hansen's homelands.

AUTOBIOGRAPHY OF EZRA H. ANDERSON (As recorded by Ezra H. Anderson in l967,68 and transcribed from the tape by his son, James E. Anderson and edited by his daughter, Laraine A. Robinson.) EARLY …