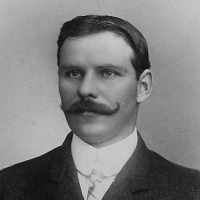 When Frederick Barfuss was born on 18 August 1879, in Eggiwil, Bern, Switzerland, his father, Friedrich Horisberger, was 54 and his mother, Elisabeth Bärfuss, was 35. He married Rosa Spring on 2 June 1911, in Salt Lake City, Salt Lake, Utah, United States. They were the parents of at least 2 sons and 2 daughters. He immigrated to World in 1908 and lived in Election District 5, Laramie, Wyoming, United States in 1940. He died on 14 October 1958, in Laramie, Albany, Wyoming, United States, at the age of 79, and was buried in Bern, Bear Lake, Idaho, United States.

Some characteristic forenames: German Manfred.German: nickname for someone who was in the habit of going unshod, from Middle High German bar ‘bare, naked’ + vuoz ‘foot’, or perhaps for a member of the monastic order of the Barefoot Monks.