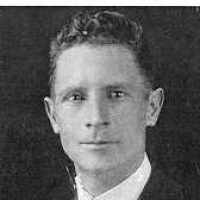 The Life Summary of Daniel Stanley

Put your face in a costume from Daniel Stanley's homelands.

In 1897, Senator J.L. Hyatt introduced the woman suffrage bill in North Carolina. The bill did not make it past the committee.

Written by Amy H. Adams Thomas Miriam Gove Chase was born March 22, 1813, in Lincoln Addison County, Vermont. Her parents and her ancestors, for several generations back, were members of the Society …