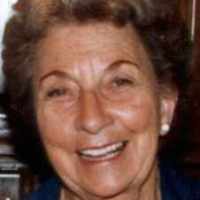 The Life Summary of Gladys Evelyn

Put your face in a costume from Gladys Evelyn's homelands.

As time passed, smaller buildings became inadequate to house the local leaders and the territory legislator, so a call for a new permanent capitol building became an item of discussion. Several of people requested that Salt Lake City donate 20 acres of land for the construction of a new Capitol building, but plans were put on hold until Utah gained statehood in 1896. After the new state legislature passed the approval for the building of the Capitol, funding was secured and the search for a site was underway. One of the more popular sites considered was located on Fort Douglas property, but it was decided to construct it on the original 20 acres site now known as Capitol Hill. The Capitol has been renovated multiple times since its original construction, to better stabilize the structure to be able to withstand a 7.3 magnitude earthquake and to demonstrate the history of the state. The Capitol was added to the National Register of Historic Places in 1978.

Jewish, English, Welsh, German, Portuguese, French (mainly Alsace and Lorraine), Walloon, Breton, Dutch, Flemish, Swedish, Danish, and Norwegian: derivative, via Latin Jacob(us), from the Hebrew personal name Ya‘aqob (Yaakov). In the Bible, this is the name of the crafty younger twin brother of Esau (Genesis 25:26), who took advantage of the latter's hunger and impetuousness to persuade him to part with his birthright ‘for a mess of potage’. The name is traditionally interpreted as coming from Hebrew akev ‘heel’: Jacob is said to have been born holding on to Esau's heel. In English usage the name Jacob is regarded as distinct from the name James , but they are of identical origin. In North America, the English form of the surname has absorbed cognates from other languages, for example Assyrian/Chaldean or Arabic Yaqub , Yakub , Yacoub , or Yacob , Slovenian Jakob and Jakop, Czech and Slovak Jakub , and also their patronymics and other derivatives (see examples at Jacobs and Jacobson ). The name Jacob is also found among Christians in southern India (compare Chacko ), but since South Indians traditionally do not have hereditary surnames, the southern Indian name was in most cases registered as such only after immigration of its bearers to the US.