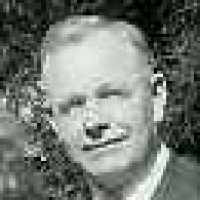 The Life Summary of Ira Milton

Put your face in a costume from Ira Milton's homelands.

Earl did not have his head in the clouds. Once he was laying concrete blocks for the walls of a new factory building to start up Bay-Way Venetian blinds (partnering with his brother Ira) and stood on …