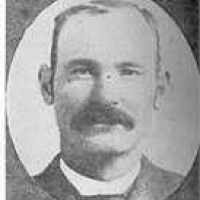 The Life Summary of Samuel Nelson

Put your face in a costume from Samuel Nelson's homelands.

BIOGRAPHICAL SKETCH OF SAMUEL NELSON ALGER Samuel Nelson Alger, Sr., son of John Alger and Sarah Pulsipher, was born April 26, 1858 at Payson, Utah. The family was on its way to the southern part of …