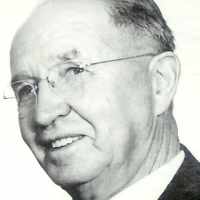 The Life Summary of Leonard

Some characteristic forenames: Indian Mathai, Mohan, Raju, Saji, Prasad, Anil, Babu, Biju, Leela, Sajan, Shibu, Suma.English, French, Spanish, German, Slovenian, Ethiopian, and Assyrian/Chaldean; Hungarian (Ábrahám), Slovak (mainly Abrahám, also Ábrahám), Czech (also Abrahám): from the Hebrew personal name ʾAbraham (modern spelling Avraham), borne by the Biblical patriarch revered by Jews as the founding father of the Jewish people (Genesis 11–25) and by Muslims as founder of all the Semitic peoples, both Hebrew and Arab (compare Ibrahim ). The original name of the Biblical patriarch was probably Abram , meaning ‘high father’ (from ab father, ram ‘exalted’), while its later form is explained in Genesis 17:5 as being derived from Hebrew ab hamon goyim ‘father of a multitude of nations’. It was widely used as a personal name among Christians as well as Jews in the Middle Ages. The name Abraham is also found among Christians in southern India, but since South Indians traditionally do not have hereditary surnames, the southern Indian name was in most cases registered as such only after immigration of its bearers to the US. As a surname of Hungarian origin Abraham is also found in Romania. — Note: Since Ethiopians do not have hereditary surnames, the Ethiopian name was registered as such only after immigration of its bearers to the US.Irish: adoption of the English name (see 1 above) as an equivalent of Gaelic Mac an Bhreitheamhan ‘son of the judge’. See McBroom and compare Breheny .

Leonard Abraham was born June 5, 1893 in Kanosh, Millard County, Utah to Abinadi and Sarah Evelyn Bingham Abraham. He married Florence Bond on October 5, 1916 in the Salt Lake Temple. For most of hi …