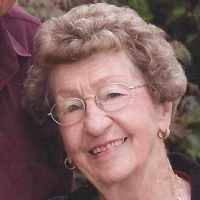 The Life Summary of Helen

Scottish and English (of Norman origin): habitational name from a place in Normandy which has not been certainly identified. Traditionally, it is believed to be derived from Brix near Cherbourg, but Le Brus in Calvados and Briouze in Orne have also been proposed as candidates.

When I was attending Utah State University in Logan, Utah, I would visit Grandma and Grandpa Ipsen often. They were always so welcoming and loving during these visits and I always looked forward to se …