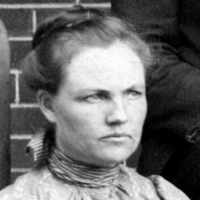 The Life Summary of Jessie

Put your face in a costume from Jessie's homelands.

Walter, son of Sanford and Agnes Fife Bingham, was born in Riverdale, Utah on 29 Apr 1867. Jessie, daughter of Edward and Elizabeth Kellen McDonald, was born 22 Mar 1865 in Auchinairn, Scotland. Her …