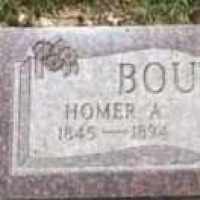 The Life Summary of Homer Arlington

Put your face in a costume from Homer Arlington's homelands.

1868 · Land in Groton Given to US Navy for Navy Station

In 1868, the State of Connecticut gave the Navy 112 acres of land along the Thames River. This became the location of the Naval Submarine Base. It was designed to hold 1,400 men and 20 submarines. During WWII it was expanded to 497 acres.