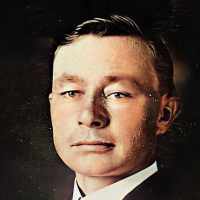 Put your face in a costume from Arland Lorenzo Arstanus's homelands.

A BRIEF SKETCH OF THE CHILDREN OF ANNA LOUISA Anna the oldest daughter married George Dewey, 29 Nov. 1897. They lived just ten miles from her parents at Chapin, Idaho, and later mo …