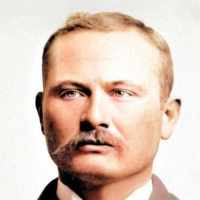 The Life Summary of Andrew Mosias

Put your face in a costume from Andrew Mosias's homelands.

As the years have come and gone, I have decided that the things we say and do make an impression on us in some way, and that certain things come in our way brings back the thoughts and acts of th …