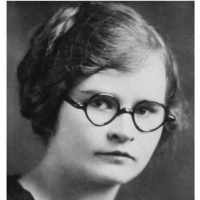 The Life Summary of Harriet Almira

Put your face in a costume from Harriet Almira's homelands.

Harriet Almira Peterson Burton was born at Kanesville, Utah, 29 June 1903 to Elias Peterson and Harriet Ann Green. When she was four months old, her parents bought a farm a few miles north of Kanesvil …