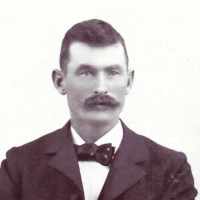 Scottish: habitational name from any of several places in eastern Scotland named with Gaelic bail(e) ‘village, farm, house’ + pùir, genitive case of pór ‘pasture, grass’ (lenited to phùir in certain contexts). The second element is akin to Welsh pawr ‘pasture’. The principal British family bearing this name derives it from the barony of Balfour in the parish of Markinch, Fife. According to the traditional pronunciation, the accent falls on the second syllable, but these days it is found more commonly on the first.

Elder John Balfour, speaking to Brighton Ward: “We must not be idle, but up and doing, for idle brains of children become rusty.” Source: Minutes, Feb. 9, 1908, Brighton Ward, Pioneer Stake, Genera …