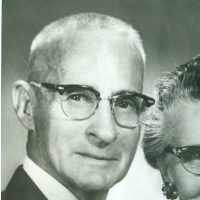 The Life Summary of Fay Emanuel

Put your face in a costume from Fay Emanuel's homelands.

Fay Emanuel, Son of James Peter Andersen and Elizabeth Crowther was born in a little town in Utah known as Fountain Green. He was the eighth child in a family of twelve children. His father owned a fa …