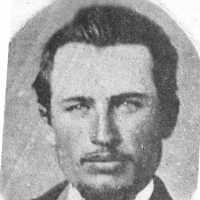 Employees on the Transcontinetal Railroad 1868-1869 by Harriet Speirs

Descendants of Jacob and Sarah (Hill) Strong, Pioneers to Utah in 1849, who worked on the Transcontinental Railroad, in Echo and Weber Canyons. Sons; William Strong, 1827-1888, Member of the Mormon Ba …