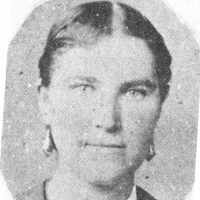 The Life Summary of Mary Isabella

Put your face in a costume from Mary Isabella's homelands.

English and Scottish: habitational name from any of the many places in England and Scotland so named, from Old English nīwe ‘new’ + tūn ‘farmstead, settlement’, or Middle English neue ‘new’ + toun ‘settlement, town’. According to Ekwall, this is the commonest English placename. For this reason, the surname has a highly fragmented origin.

Hyrum and Mary - from "Kaysville & Kiel"

[The following is a chapter from "Kaysville & Kiel" by Greg Christensen, available at http://www.blurb.com/b/2651585-kaysville-kiel for the cost of printing only.] Hyrum Strong was born September 28, …