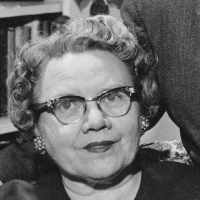 The Life Summary of Louisa Chipman

Put your face in a costume from Louisa Chipman's homelands.

My Baptism and Mission Call

Louisa was born in Shelley, Idaho. She married George Rees Woolley and they had 3 children, Janice Woolley Warner, LeGrand Woolley, and Bruce Woolley. She loved her family and she loved teaching and …