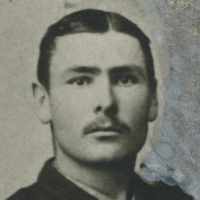 The Life of Charles Robert

Caused by many crimes and breaking the Tenure of Office Act, Many Senators and House Representatives became angry with President Johnson and began discussions of his Impeachment. After a special session of Congress, the Articles of Impeachment were approved by the House and then the Senate. Making Andrew Johnson the first President to be Impeached.
1869 · Transcontinental Railroad Reaches San Francisco

The first transcontinental railroad reached San Francisco in 1869. The Western Pacific Railroad Company built the track from Oakland to Sacramento. The Central Pacific Railroad Company of California built the section from Sacramento to Promontory Summit Utah. The railroad linked isolated California to the rest of the country which had far-reaching effects on the social and economical development of the state.
1882 · The Chinese Exclusion Act

HISTORY OF CHARLES ROBERT ASHCROFT My father, Charles Robert Ashcroft, was born in Hyde Park, Utah, seven months after the death of his father. He was the sixth child, namely Henry William, James Al …