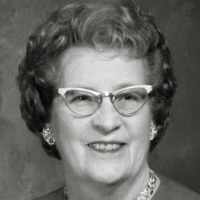 The Life Summary of LaRue

Put your face in a costume from LaRue's homelands.

Manti's Fire Department was one of the first fire departments in Sanpete county to purchase enough equipment for their ten-person department. All members of the department were and still are only volunteers and proudly serve the community whenever they are needed.

Some characteristic forenames: Jewish Ezriel, Pinchos, Rivka, Shimon, Shmuel, Zev.German (also Münk), Scandinavian (mainly Danish), and Dutch: from Middle High German münich, Danish, Norwegian, and Swedish munk, Middle Dutch munc ‘monk’, a nickname for someone thought to resemble a monk, or a metonymic occupational name for someone in the service of a monastery. The surname of German origin is also found in France (Alsace). Compare Munck .German (Münk): from a short form of the medieval personal name Dominicus (see Dominick ).