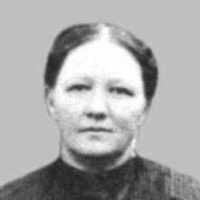 The Life of Annette Dorthea

Put your face in a costume from Annette Dorthea's homelands.

Lists all family members living at each residence, including year & place of birth, position in the family, marital status etc.
1896 · Plessy vs. Ferguson

Respelling of Swedish Andreasson or of Danish, Norwegian, and North German Andreas(s)en, all patronymics from the personal name Andreas .